The Game Awards 2020 was an award show that honored the best video games of 2020. It was produced and hosted by Geoff Keighley on December 10, 2020, and unlike previous Game Awards, was broadcast virtually from several locations due to the COVID-19 pandemic. The Last of Us Part II received the most awards with seven, the most in the show's history, including Game of the Year.

Show creator Geoff Keighley said that the theme of the show was about strength and comfort, given the impact of the COVID-19 pandemic. Keighley also wanted to implore the theme of unity, similar to The Game Awards 2018 which had led with Nintendo's Reggie Fils-Aimé, Microsoft's Phil Spencer, and Sony's Shawn Layden all sharing the stage, given the release of the next generation of home consoles in November 2020.[1] The event featured a pre-show hosted by Sydnee Goodman[2] and featured several guests as award presenters, such as former Nintendo of America president Reggie Fils-Aimé, sports host Stephen A. Smith, flim directors Christopher Nolan and Yuji Okumoto, and actors Brie Larson, Gal Gadot, Troy Baker, Nolan North, Tom Holland, Keanu Reeves, Ralph Macchio and John David Washington.[3][4] Over 83 million streams were used to view the ceremonies, with 8.3 million concurrent viewers at its peak.[5]

Due to the pandemic, Keighley did not want to host a normal ceremony for the 2020 show and instead worked with his partners to develop a virtual show. The show used three soundstages in Los Angeles, London, and Tokyo. At each locale, there were only minimal attendees, mostly related to production crew and presenters. Keighley states this still allows them to include additional presentation events as with past shows, as well as explore taking the Game Awards to different venues in the future.[6][7] As with past shows, the presentation was live streamed across 45 different platforms and be associated with sales on various game digital storefronts.[8] The show also featured performances of "Last Surprise" by Lyn Inaizumi from Persona 5 Strikers,[9] a medley of Mario music by the London Philharmonic Orchestra,[10] and "Future Days" by Eddie Vedder from The Last of Us Part II.[11]

Nominees were announced on November 18, 2020,[14] with any game released on or before November 20 that year being eligible for consideration.[15] The nominees were compiled by a jury panel with members from over 95 media outlets globally.[15] Winners are determined between the jury (90%) and public votes (10%), which is done via the official website and on social media platforms such as Facebook and Twitter and were announced during the ceremony on December 10, 2020.[15] The two exceptions were the Most Anticipated Game and Player's Voice awards, which are fully nominated and voted-on by the public.[16][17] A new "Innovation in Accessibility" award was also added for games that featured notable accessibility options.[7] Around 18.3 million people participated in the public vote, doubling from the 2019 awards.[18]

Similar to criticism over Death Stranding's predominance in the nominations and at the ceremony for the 2019 awards due to its creator's Hideo Kojima friendship with Keighley, a similar concern was raised by some viewers related to the success of The Last of Us Part II at the 2020 awards. The game itself received high acclaim from critics but had a few polarizing reviews. It was subject of review bombing from players dissatisfied with the game's narrative direction compared to the original game as well as the perceived inclusion of "social justice warrior" political themes. Player reviews also were critical of the use of "crunch time" by Naughty Dog to complete the game.[19][20] Keighley stated that the awards were not rigged in the manner that viewers had suggested and that there was no influence of Naughty Dog or its staff on the award selection. Keighley said that the game was popular with players and the media alike as proven out by the Player's Voice award, in which The Last of Us Part II had come in second to Ghost of Tsushima, and that "It's obvious there are a lot of fans out there" for the game.[20] Keighley further stated it would be difficult to incorporate criteria related to games developed under poor industry practices like crunch time into the awards selection process without becoming a slippery slope, but believes discussions of these practices should be a conversation held by the larger community.[20] 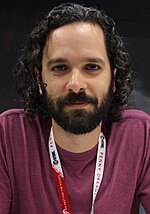 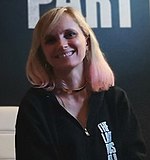 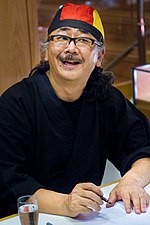 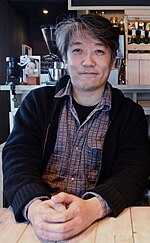 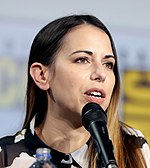 Games with multiple nominations and awards