Stacey Elizabeth Plaskett[1][2] (/ˈplæskɪt/; born May 13, 1966) is an American politician, attorney, and commentator. She is a Delegate to the United States House of Representatives from the United States Virgin Islands' (USVI) at-large congressional district. Plaskett has practiced law in New York City, Washington, D.C., and the U.S. Virgin Islands.

Prior to 2008, Plaskett was a member of the Republican Party, and was appointed by President George W. Bush to serve in the Civil Division of the United States Department of Justice.[3] Plaskett switched to the Democratic Party in late 2008 because she believed it was a better place to have new ideas heard.[4] Plaskett served as a House manager during the second impeachment trial of Donald Trump, the first non-voting member of the House of Representatives to do so.[5]

Plaskett was born on May 13, 1966, in Brooklyn, New York[6] and grew up in the Bushwick, New York, housing projects.[7] Her parents are both from Saint Croix, U.S. Virgin Islands; Her father was a New York City police officer and her mother a clerk in the court system. Her family regularly traveled to Saint Croix during her childhood, so she became familiar with island traditions and culture.[8] Her parents' home in New York was often home for students and other recent migrants moving to the mainland from the Virgin Islands. Plaskett attended Brooklyn Friends (a Quaker school) and Grace Lutheran for elementary school. She was recruited by A Better Chance, Inc. a non-profit organization recruiting minority students to selective secondary schools. Plaskett was a student at the boarding school, Choate Rosemary Hall, where she was a varsity athlete and served as class president for several years.[9]

Plaskett spent a term abroad in France during her enrollment at Choate. She often states that Choate awakened her commitment to public service and a deep sense of responsibility to others through the biblical verse "to whom much is given; much is required". She was one of the few black students while she attended the school. In 1988 she graduated with a degree in History and Diplomacy from the Edmund A. Walsh School of Foreign Service at Georgetown University, where she was accepted under the early decision program.[10]

Plaskett ran for student government at Georgetown under a progressive student ticket and was very active in the Anti-Apartheid Movement. As a student she spoke on behalf of universities in the DC area at the General Assembly of the United Nations. She received her J.D. degree from American University Washington College of Law in 1994. Plaskett attended law school at night while she worked full-time during the day with the lobbying arm of the American Medical Association and then with the law firm, Jones Day.[3] In law school she studied constitutional law under her future colleague Representative Jamie Raskin of Maryland.[11]

After graduating from law school, Plaskett accepted a position as an Assistant District Attorney in the Bronx, New York, under Robert Johnson.[7] She prosecuted several hundred cases, including in the Narcotics Bureau. She then worked as a consultant and legal counsel focused on internal corporate investigations and strategy for the Mitchell Madison Group.[9] Plaskett moved to Washington, D.C., and worked as counsel on the Republican-led US House of Representatives, Committee on Standards of Official Conduct; now known as the House Committee on Ethics or simply the Ethics Committee.[12] Plaskett left the Committee when she was asked by mentor and fellow trustee at Choate, Robert McCallum to work at the U.S. Justice Department (also known as the DOJ) as a political appointee of Republican President George W. Bush.[citation needed]

She accepted the offer and served as Counsel for the Assistant Attorney General for the DOJ Civil Division, and also as Acting Deputy Assistant Attorney General for the Torts Branch in the Civil Division.[3] Plaskett then joined the staff of Deputy Attorney General Larry Thompson, primarily working on the Justice Honors program and an initiative to increase the number of minority and women attorneys at the Justice Department.[13] While in the Justice Civil Division, she also worked on the Terrorism Litigation Task Force, the September 11th Victim Compensation Fund and United States v. Philip Morris, the case against several major tobacco companies for violations of the Racketeer Influenced and Corrupt Organizations Act (RICO) by engaging in a conspiracy to deceive the public about the health effects of smoking.[9]

After Larry Thompson resigned, Plaskett joined the staff of his successor James Comey. Plaskett later left government service to become a deputy general counsel at United Health Group.[3] There she worked in the Americhoice division handling legal work related to Medicaid and Medicare programs.[9] She then moved to the Virgin Islands, where she worked in private practice and from 2007 to 2014 served as General Counsel for the Virgin Islands Economic Development Authority, charged with the economic development of the U.S. territory.[14][15]

Plaskett switched from the Republican Party to the Democratic Party in late 2008 because she believed it was a better place to have new ideas heard.[4] She was initiated into Delta Sigma Theta sorority in 2019. [16]

In 2014, Plaskett ran for the office again, after formally declaring her candidacy in November 2013. In the Democratic Primary held on August 2, she faced Shawn-Micheal Malone, a Virgin Islands Senator, and Senate President, and Emmett Hansen, a former Virgin Islands Senator and Former chair of the Democratic Party of the Virgin Islands. She received 50.4% of the vote to Malone's 41.61% and Hansen's 7.92%.[17] She later faced Republican Vince Danet in the General Election held on November 4. She received over 90% of the vote.[18]

Plaskett was challenged in the Democratic Party Primary by former Virgin Islands Senator Ronald Russell. Plaskett defeated Russell in the primary with 85.48% of the vote to his 14.04%.[19] In the general election, she faced Republican Gordon Ackley, an Air Force veteran and business owner, who ran as a write-in candidate.[20] Plaskett won the election in a landslide, garnering almost 98% of the vote.[21] 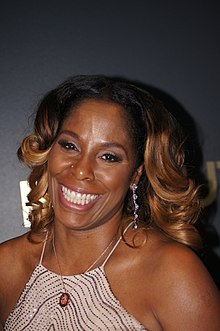 Plaskett won re-election unopposed in both the Democratic primary and the general election.[22]

On January 12, 2021, Plaskett was named as a House impeachment manager for the second impeachment of Donald Trump in response to the storming of the United States Capitol on January 6, 2021.[24] During the trial on February 10, 2021, she was introduced by her former constitutional law professor and lead impeachment manager Jamie Raskin of Maryland, who said she was "an 'A' student then and she is an 'A+' student now".[11] Plaskett "presented House Democrats' argument that Trump played a leading role in both organizing and ordering the attack on the nation's citadel of democracy," and did so as the sole Black woman in the Senate chamber.[25]

Plaskett is married to Jonathan Buckney Small, a community activist and former professional tennis player.[8] She has five children, four of them with Andre Duffy, her previous husband.[12] She has served on numerous non-profit boards focused primarily on education, culture, and community development.[9]