Ravangla or Rawangla or Ravongla is a small tourist town situated at an elevation of 8000 ft in South Sikkim district of the Indian state of Sikkim. It is connected by state highway to other major towns in the state and lies between Pelling and Gangtok. It acts as the starting point for the trek to Maenam Wildlife Sanctuary. It is approximately 65 km away from the state capital Gangtok and 120 km away from Siliguri, West Bengal.

Mt. Kanchenjunga, Mt. Pandim, Mt. Siniolchu, Mt. Kabru are just a few of the major peaks that are clearly visible from Ravangla.

Upper parts of Ravangla experiences snowfall during winter. During the months of April–May the place is surrounded by many flowers including orchids and rhododendrons. 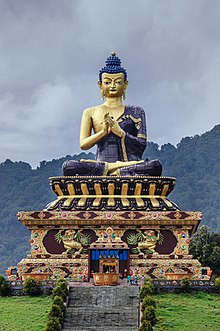 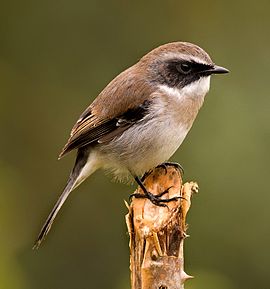 The forests around Ravangla have other birds like laughingthrushes, babblers, cuckoos and hill partridges. The rare satyr tragopan can also be spotted in Ravangla.

Tibetans are living and settled 1 km away from Ravangla Market which is called Kunphenling Tibetan Settlement aka Arley Camp. In which 328.5 acres of total land with 1300 population living. Consisting of 7 camps. Religion faith are bhuddhism. Tibetan settlement consists of 1 primary tibetan medium school, 2 monastery,Adminiatrative office and Primary health care clinic. 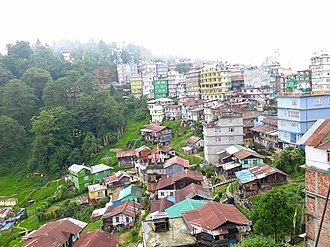 Ralang Monastery, a Buddhist monastery of the Kagyu school of Tibetan Buddhism is located six kilometres from Ravangla. The old monastery is also a few kilometers away towards Borong. There are plenty of small hamlets where these communities live. Tourism stands as a major source of income for these communities.[2]

View of the hotels and the Jeep stand

National Institute of Technology Sikkim, established in 2010 has its temporary campus in this town.