Qiqihar (Chinese: 齐齐哈尔; pinyin: Qíqíhā'ěr) is the second-largest city in the Heilongjiang province of China, in the west central part of the province. The built-up (or metro) area made up of Longsha, Tiefeng and Jianhua districts had 979,517 inhabitants, while the total population of the prefecture-level city was 5,367,003 at the 2010 census.[1] These are mainly Han Chinese, though the city is also home to thirty-four minorities including Manchus, Daur, and Mongols.[2]

Close to Qiqihar are numerous wetlands and the Zhalong Nature Reserve, famous in China for being home to numerous red-crowned cranes.

The Khitan people settled in the region under the Liao dynasty. The word "Qiqi" is a reference to a local river; the word "hari" refers to defense. The name Qiqihar comes from Manchu ᠴᡳᠴᡳᡥᠠᡵ (cicihar)

Qiqihar is one of the oldest cities in the northeast of China. The region was originally settled by nomadic Daur and Tungus herdsmen. Qiqihar is a Daur word, which means border or natural pasture. [3] The city's original name was Bukui (卜奎), the Chinese transcription of a Daur word meaning "auspicious".[4] The city's oldest mosque, the Bukui Mosque, predates the foundation of the city by seven years.[5] As the Czarist Russian eastward advance to the Pacific coast, Qiqihar became a major garrison center in 1674. In 1691, a stronghold was constructed in Qiqihar because of the Qing government's campaigns against the Mongols.[6] Around 1700 it was a center for Russo-Chinese trade. A military depot with barracks and an arsenal was set up there, and many convicted criminals were exiled to the area. Heilongjiang Martial domiciled in Qiqihar City in 1699.[3] The Qing Dynasty had initially intended to keep far-northern Heilongjiang province as a semi-pastoral area, separate from the wider Chinese agricultural economy, so it did not allow seasonal urban migrants, such as those from Hebei and Shandong who wished to participate in the Qiqihar fur trade, to own acres and transform the land. After the Russian Empire seized Outer Manchuria according to the unequal treaties of Aigun and Beijing, the Qing made the decision to lift the various restrictions it placed on Northeast China and on Heilongjiang residency in particular, in 1868, 1878, and 1904. It enlisted Han Chinese to help to teach the local Solon people farming techniques, providing materials and tax exemptions to convert them from hunting.[7] In 1903, The completion of the Chinese Eastern Railway made Qiqihar a center for communications between China and Russia. A network of lines radiating from Qiqihar was extended into the northwestern part of Heilongjiang Province including Jiagedaqi and Manzhouli in the late 1920s. 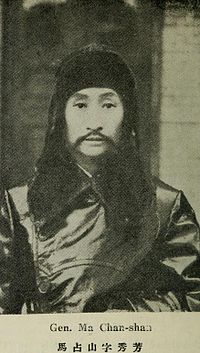 In 1931, Japan used a false flag attack, remembered as the September 18 Incident, to justify moving its Guandong Army to capture major cities in Northeast China that month, starting with Shenyang, Changchun, then Jilin City. General Ma Zhanshan was ordered to act as Governor and Military Commander-in-chief of Heilongjiang Province on October 10, 1931. General Ma declined a Japanese ultimatum to surrender Qiqihar on November 15. However, after the loss of Jiangqiao Campaign, the Japanese began their occupation of Qiqihar on November 19, 1931.[8] Liaoning fell in December, and Harbin in February; the puppet Manchukuo government of the Japanese-occupied territory under General Zhang Jinghui established Qiqihar as its administrative center and of Longjiang province. Qiqihar became a major military base for Guandong Army and its economic importance also grew rapidly. During the occupation, the Imperial Japanese Army established Unit 516 in Qiqihar for research into chemical warfare.[9] A major mustard gas tank left over from the Second Sino-Japanese War buried underground was accidentally damaged in August 2003, causing 43 injuries and one death.[10]

After the defeat of Japan, the Democratic Regime Qiqihar Municipal Government was established, under the administration of Nenjiang Province. Japanese forces in Northeast China surrendered to the Soviet Union while Japanese forces in the rest of China surrendered to the United States.[11][12] From March to May, Soviet troops progressively withdrew from their positions, giving the People's Liberation Army more notice than the National Revolutionary Army so that the former could occupy more positions in the context of the Chinese Civil War.[13] Qiqihar was controlled by the Communists on April 24, 1946, along with other important regional cities like Changchun, Jilin City, and Harbin. Qiqihar was established as the capital of Heilongjiang Province after the foundation of People's Republic of China in 1949. However, since Songjiang Province was merged into Heilongjiang Province, the provincial capital was transferred to Harbin in 1954. During the first five-year plan of China from 1951 to 1956, many factories including Beiman Special Steel Co. and China First Heavy Industries were aid-constructed by the Soviet Union in Fularji District, making Qiqihar an important center of equipment manufacturing industry in Northeast China. In 1984, Qiqihar was designated to be one of the 13 Larger Municipalities in China by the General Office of the State Council.[14]

Qiqihar is located along the middle and lower reaches of the Nen River and the hinterland of Songnen Plain, which is adjacent to the Greater Khingan Range and Hulunbuir Prairie. Bordering prefecture cities are: 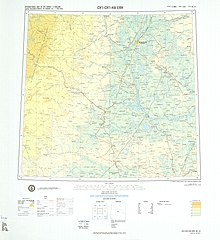 Qiqihar is a heavily industrialized city involved in manufacturing.

Qiqihar is very close to the Zhalong Nature Reserve. Also there is the Longsha park.

Qiqihar is served by its own domestic airport, Qiqihar Airport.

Qiqihar is well-connected in terms of railway transportation. Trains from Qiqihar Railway Station connect the city with Harbin, Beijing, Dalian, Hangzhou, Xi'an and several other major cities in China. Qiqihar Airport, 13 km (8.1 mi) from Qiqihar's downtown area, operates daily flights to Beijing, Guangzhou, Shanghai and other major cities in China. In the district of Ang'angxi, the Harbin-Manzhouli Railway intersects with the Qiqihar-Bei'an Railway.

The new Harbin–Qiqihar intercity railway is scheduled to open in August 2015; it will provide frequent high-speed service to Harbin, as well as some direct trains to Beijing.[21]

The Nen River is used to transport material.

There are two universities: Qiqihar University and its medical school.