Kellner J was born in 1964 in Česká Lípa, then in Czechoslovakia, but spent most of his childhood in Liberec.[2][3] Kellner graduated from the University of Economics, Prague Faculty of Industrial Economics, in 1986.[4]

After the Velvet Revolution he worked for the Czech company Impromat, an importer and seller of Ricoh photocopiers. While working for that company, he met Milan Maděryč and Milan Vinkler.[5]

In 1991, after the announcement of Czechoslovak voucher privatization, he founded the investment fund PPF (První privatizační fond)[6] with Milan Vinkler and state-owned glassworks Sklo Union. In 1992, PPF investiční společnost a.s. was established and the funds' names were changed from privatization to investment. The funds were very successful and purchased stock of more than 200 corporations with nominal value 5 billion CZK.[5]

In 1995 and 1996, PPF bought a 20% stake in the largest Czech insurance company, Česká pojišťovna and started to manage it. In 2000, PPF bought 31.5% stake of Česká pojišťovna from IPB for 2.85 billion CZK (around $72.27 million at the time) .[7][8] The transaction with IPB ended up with IPB paying to PPF 1.6 billion CZK (around $40.93 million at the time) penalty, making the real purchasing cost of the stake 1.25 billion CZK (around $31.98 million at the time).[9] Later PPF acquired more shares and became the dominant (93%) owner in 2001, when PPF bought large stakes of shares from Komerční banka and the Czech state.[10] With help of these profitable transactions, the last investors from voucher privatization were bought out and Kellner became the dominant owner of PPF Group.[5]

In 2007, PPF Group signed a contract with Assicurazioni Generali to create a joint venture between PPF Group's insurance arm and Assicurazioni Generali's corporations in the Czech Republic, Slovakia, Poland, Hungary, Romania, Bulgaria, Ukraine, Russia, Serbia, Slovenia, Croatia, Belarus, and Kazakhstan. According to sources PPF Group will own 49% of that company from the start, and Generali will pay €1.1 billion (around $1.29 billion at the time) to the PPF Group for its stake. From 2007 till 2013 Kellner was member of the board of directors of Generali.[11] Kellner himself later bought 2.02% stake in Assicurazioni Generali.[12]

In early September 2007, Ronald Lauder announced that Kellner held a 3% stake and was on the board of directors of Central European Media Enterprises.[15]

In 2010 he bought a Boeing 737-700 BBJ1 as his business airplane.[31] He lived in an extensive residence in the village of Podkozí near Prague, and owned a number of other properties in various countries.[32] He also owned one of the largest collections of photographs taken by Josef Sudek.[5] 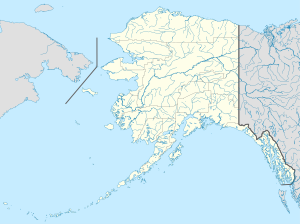