Patralekha was born in Shillong, Meghalaya, in a Bengali family, to a Chartered Accountant father and a homemaker mother Papri Paul. In an interview, she stated that her grandmother was a poet. She has two siblings Parnalekha Paul and Agnish Paul. She went to The Assam Valley School, a boarding school, and then graduated from Bishop Cotton Girls' School, Bangalore. Her father wanted her to follow in his footsteps, but she was interested in acting.[10] While studying in H.R. College of Commerce and Economics she did a few commercials for Blackberry, and Tata Docomo, before getting a break in films.[1]

Patralekha has been in a relationship with actor Rajkummar Rao since 2010.[11] On November 15, 2021 the couple got married in a traditional Indian wedding.[12]

Patralekha made her film debut with a leading role in the drama CityLights, opposite Rajkummar Rao.[13] Directed by Hansal Mehta, the film tells the story of a poor couple living in Rajasthan who move to Mumbai in search of livelihood.[14] Made on a low budget, the film became a commercial success[15] and earned her positive reviews from critics. 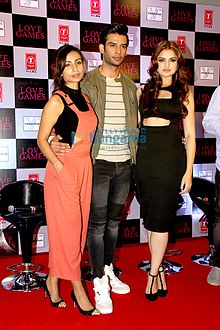 Her next film, Love Games, was an urban-thriller directed by Vikram Bhatt and produced by Mukesh Bhatt and Mahesh Bhatt.[2][16] The cast of the film included Patralekha, Gaurav Arora and Tara Alisha Berry.[17][18]