Konami Holdings Corporation[nb 1][nb 2] is a Japanese entertainment, video game, and gambling conglomerate. It produces and distributes trading cards, anime, tokusatsu, slot machines, pachinko machines, and arcade cabinets, and is a video game developer and publisher. Konami has casinos around the world and operates health and physical fitness clubs across Japan.

The company originated in 1969 as a jukebox rental and repair business in Toyonaka, Osaka, Japan, by Kagemasa Kōzuki, who remains the company's chairman. The name Konami is a portmanteau of the names Kagemasa Kozuki, Yoshinobu Nakama, and Tatsuo Miyasako.[8] 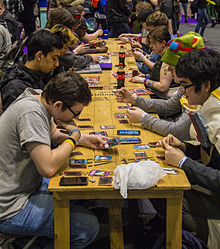 The Yu-Gi-Oh! Trading Card Game is developed and published by Konami. In 2011, Guinness World Records called it the top-selling trading card game in history, with 25.2 billion cards sold worldwide.[9]

The company was founded on March 21, 1969, and was officially incorporated under the name Konami Industry Co., Ltd. (コナミ工業株式会社, Konami Kōgyō Kabushiki Gaisha) on March 19, 1973.[10][11] The company's founder and chairman, Kagemasa Kozuki, ran a jukebox rental and repair business in Toyonaka, Osaka before transforming the business into a manufacturer of amusement machines for video arcades. Their first coin-operated video game was released in 1978, and they began exporting products to the United States the following year.[12][13]

Konami began to achieve success with hit arcade games such as 1981's Frogger, Scramble, and Super Cobra, many of which were licensed to other companies for stateside release, including Stern Electronics and Gremlin Industries. They eventually established their U.S. subsidiary, Konami of America, Inc. in 1982. It was during this period that Konami began expanding their video game business into the home consumer market following a brief stint releasing video games for the Atari 2600 in 1982 for the U.S. market.[14] The company would release numerous games for the MSX home computer standard in 1983, followed by the Nintendo Entertainment System in 1985.[15][16] Numerous Konami franchises were established during this period on both platforms, as well as the arcades, such as Gradius, Castlevania, Twin Bee, Ganbare Goemon, Contra and Metal Gear. Due to the success of their NES games, Konami's earnings grew from $10 million in 1987 to $300 million in 1991.[17]

In June 1991, Konami's legal name was changed to Konami Co., Ltd. (コナミ株式会社, Konami Kabushiki Gaisha) and their headquarters would later be relocated to Minato, Tokyo in April 1993.[12] The company started supporting the 16-bit video game consoles during this period, starting with the Super NES in 1990, followed by the PC Engine in 1991 and the Sega Genesis in 1992.

After the launch of the Sega Saturn and PlayStation in 1994, Konami became a business divisional organization with the formation of various Konami Computer Entertainment (KCE) subsidiaries, starting with KCE Tokyo and KCE Osaka (which would be later known as KCE Studios) in April 1995, followed by KCE Japan (later known as Kojima Productions) in April 1996. Each KCE subsidiary would end up creating different intellectual properties such as KCE Tokyo's Silent Hill series and KCE Japan's Metal Gear Solid series (a revival of the Metal Gear series on MSX). In 1997, Konami started producing rhythm games for arcades under the Bemani brand and branched off into the collectible card game business with the launch of the Yu-Gi-Oh! Trading Card Game.[18][19]

In July 2000, the company's legal English name was changed to Konami Corporation, but the Japanese legal name remained the same. As the company transitioned into the developing video games for the sixth-generation consoles, they branched out into the health and fitness business with the acquisitions of People Co., Ltd and Daiei Olympic Sports Club, Inc., which became Konami subsidiaries. In August 2001, the company invested in another video game publisher, Hudson Soft, which became a consolidated subsidiary after Konami accepted new third-party shares issued by them. In March 2006, Konami merged all their video game development divisions into a new subsidiary known as Konami Digital Entertainment Co. (KDE), as the parent company became a pure holding company. Their headquarters were relocated to Minato, Tokyo, in 2007.[12]

The absorption of Hudson Soft in 2012 resulted in the addition of several other franchises including: Adventure Island, Bonk, Bloody Roar, Bomberman, Far East of Eden and Star Soldier.[20][21]

In April 2015, Konami delisted itself from the New York Stock Exchange following the dissolution of their Kojima Productions subsidiary.[22] In a translated interview with Nikkei Trendy Net published in the following month, the newly appointed president of Konami's gaming division, Konami Digital Entertainment, Hideki Hayakawa, announced that Konami would shift their focus towards mobile gaming for a while, claiming that "mobile is where the future of gaming lies."[23] The trade name of the company was changed from Konami Corporation to Konami Holdings Corporation during the same month.[24]

In 2017, Konami announced that they would be reviving some of the company's other well-known video game titles following the success of their Nintendo Switch launch title Super Bomberman R.[25]

In early 2020, Konami moved their headquarters to the Ginza district of Tokyo, which includes a facility for holding esports events as well as a school for esports players.[26]

Konami announced a major restructuring of Konami Digital Entertainment on January 25, 2021, which including the dissolution of its Product Divisions 1, 2, and 3 to be reconsolidated into a new structure to be announced at a later time. Konami affirmed this would not affect their commitment to video games and was only an internal restructuring.[27] 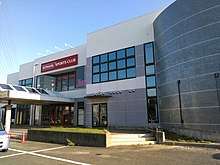 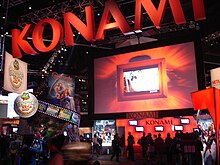 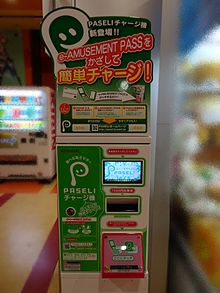 Paseli Charger. Paseli (パセリ) is an Electronic Money launched in 2010 by Konami Amusement. 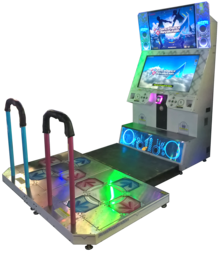 Konami produced its shoot 'em up arcade games such as Gradius, Life Force, Time Pilot, Gyruss, Parodius, Axelay, and TwinBee. Konami's games based on cartoon licenses, especially the Batman: The Animated Series, Teenage Mutant Ninja Turtles, Tiny Toon Adventures and Animaniacs series, but other American productions like The Simpsons, Bucky O'Hare, G.I. Joe, X-Men and The Goonies and French comic Asterix all have seen release at some point in the past by Konami either on arcades and/or video game consoles.

Some cinematically styled franchises from Konami are Silent Hill survival horror franchise, and the Metal Gear series. Another successful franchise is Winning Eleven, the spiritual sequel to International Superstar Soccer. In Japan, it is known for the popular Jikkyō Powerful Pro Yakyū series baseball series and the Zone of the Enders games. The company has picked up Saw from Brash Entertainment when the game's production had been suspended due to financial issues.[55]

Konami is known for its password, the Konami Code, which traditionally gives many power-ups in its games.

In 2006, Konami started producing films based on their franchises. Konami produced the Silent Hill film (released in 2006) and announced that they will produce a Metal Gear Solid film.[56]

In 2020, Konami launched a PC gaming brand in Japan known as Arespear, which includes desktop computers, keyboards, and headsets (the last of which designed in collaboration with Konami's Bemani musicians).[57][58][59]

Silent Hills, set to be the ninth installment of the Silent Hill franchise, was abruptly cancelled in April 2015 without explanation despite the critical acclaim and success of P.T., a playable teaser.[60][61] Hours after the announcement, Konami delisted itself from the New York Stock Exchange.[22]

Game co-director and writer Guillermo del Toro publicly criticized the cancellation as not making any sense and questioned what he described as a "scorched earth" approach to removing the trailer. Due to the experience, del Toro stated that he would never work on another video game.[62][63]

Konami Digital Entertainment CEO, Hideki Hayakawa, announced that – with few exceptions – Konami would stop making console games and instead focus on the mobile gaming platform, a decision that was heavily criticized by the video gaming community.[64][65][66][67][68] However, Konami UK's community manager, Graham Day, has denied the claims that it was exiting the console industry.[69]

On March 3, 2015, Konami announced they would be shifting focus away from individual studios, notably Kojima Productions. Internal sources claimed the restructure was due to a clash between Hideo Kojima and Konami.[70][71] References to Kojima were soon stripped from marketing material, and Kojima's position as an executive vice president of Konami Digital Entertainment was removed from the company's official listing of executives.[72]

Later that year, Konami's legal department barred Kojima from accepting the award for Best Action-Adventure for his work on Metal Gear Solid V: The Phantom Pain at The Game Awards 2015. When announced during the event, the audience booed in disapproval of Konami's actions. Host Geoff Keighley expressed his disappointment in Konami's actions. After actor Kiefer Sutherland accepted the award in Kojima's stead, a choir sang "Quiet's Theme" from The Phantom Pain as a tribute to the absent Kojima.[73][74][75][76] Kojima left Konami several days afterwards, re-opening Kojima Productions as an independent company.

Treatment of employees and ex-employees

In August 2015, The Nikkei criticized Konami for its unethical treatment of employees.[77][78][79] In June 2017, The Nikkei further reported on Konami's continued clashes with Kojima Productions, preventing the studio's application for health insurance, as well as Konami's actions in making it difficult for former employees to get future jobs; they are notably forbidden from mentioning their work with Konami on their résumés.[80][81] Konami also started filing complaints against other game companies that would hire ex-Konami employees, leading to an unspecified major game company warning its staff against doing so. A former employee of Konami stated: "If an ex-[Konami employee] is interviewed by the media, the company will send that person a letter through a legal representative, in some cases indicating that Konami is willing to take them to court"; they also pressured an ex-employee into closing their new business.[81]