Matthew Gregory Wise (born 15 May 1966) is an English actor and producer. He has appeared in several British television programmes and feature films. He played the role of John Willoughby in Sense and Sensibility, which also starred Emma Thompson, whom he later married.

Wise was born in Newcastle upon Tyne to architect parents Douglass Wise and Yvonne Jeannine Czeiler. He was educated at the independent St Peter's School, York. He went to Heriot-Watt University in Edinburgh to study architecture and performed at Bedlam Theatre.[1] Wise studied drama at the Royal Scottish Academy of Music and Drama. 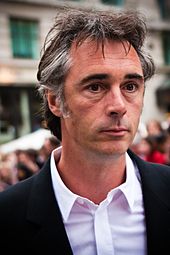 His first professional job was on stage, starring in Good Rockin' Tonight, a musical based on TV producer Jack Good's life.[2][3]

His television work includes four BBC period dramas: The Moonstone with Keeley Hawes, The Buccaneers alongside Carla Gugino, Madame Bovary with Frances O'Connor, The Riff Raff Element in 1992 and 1993, and as Sir Charles Maulver in the 2007 five-part series Cranford. In 1999 he starred as Marshall in ITV's seven-part drama Wonderful You alongside his future mother-in-law Phyllida Law and future brother-in-law Richard Lumsden. He filmed a number of readings of love scenes from a selection of classic and modern love scenes, from Thomas Hardy's Tess of the d'Urbervilles to Kiran Desai's The Inheritance of Loss for The Carte Noire Readers.[4][5] In 2011, he appeared in Hallmark Channel's Honeymoon for One, starring Nicollette Sheridan.[6]

He is also the producer of the 2010 BBC/Masterpiece production The Song of Lunch starring his wife, actress Emma Thompson, and Alan Rickman.[7]

In February 2015, Greg Wise made his theatrical return starring in Brad Fraser's Kill Me Now at Park Theatre in Finsbury Park, London. In July 2015, Wise played the role of emotionally distanced father Gilbert Aldridge in the BBC's two-part television adaptation of Sadie Jones’ debut novel The Outcast.[8] Wise portrayed Lord Louis Mountbatten in series 1 and 2 (2016/17) of The Crown.

Wise won the celebrity version of The Great British Bake Off in aid of Stand Up to Cancer in 2019. [9]

In 2021, Wise is set to compete on the nineteenth series of Strictly Come Dancing. [10]

Wise has been in a relationship with actress Emma Thompson since 1995, when they met on the set of Sense and Sensibility.[11] Their daughter Gaia was conceived through IVF and was born in 1999.[12] They married in 2003, and that same year, they informally adopted Tindyebwa Agaba, a Rwandan orphan and former child soldier.[12]