The family of Donald Trump, the owner of The Trump Organization and 45th president of the United States, is a prominent American family active in real estate, entertainment, business, and politics. Trump's immediate family circle was the first family of the United States from 2017 to 2021. They are part of the broader Trump family originating from Germany. Donald Trump's mother, Mary Anne MacLeod, came from the Hebridean Isle of Lewis, off the west coast of Scotland.[1] Trump has five children from three wives, and ten grandchildren.

Ivana Marie Trump (née Zelníčková), the first wife of Donald Trump, was born on February 20, 1949, in Zlín, Czechoslovakia (now the Czech Republic). She is a former fashion model and a businesswoman. They were married from 1977 until 1992.

Ivana Trump took a major role in the Trump Organization. She became the vice president of interior design for the company, leading the signature design of Trump Tower. Afterwards, her then-husband appointed her to head up the Trump Castle Hotel and Casino as president. She became a naturalized U.S. citizen in 1988.[2]

Marla Ann Maples, the second wife of Donald Trump, was born on October 27, 1963, in Dalton, Georgia, making her Donald Trump's only wife who was an American citizen at the time of their marriage. She is an actress and television personality. They were married from 1993 to 1999.

Melania Trump (née Knavs), the third wife of Donald Trump, was born on April 26, 1970, in Novo Mesto, Yugoslavia (present-day Slovenia). She had a lengthy modeling career and is the second foreign-born first lady of the United States, the first being Louisa Adams.[3] They were married in 2005.

See also: List of children of the Presidents of the United States § Donald Trump

Prior to the election, each of the siblings held the title of executive vice president at the Trump Organization. During the campaign, they served as surrogates for their father on national news programs. Following Trump's election victory, all three were named to the presidential transition team.[4]

Following the inauguration, Donald Jr. and Eric took charge of the family's real estate empire. Ivanka moved to Washington, D.C., with her husband Jared Kushner, who was appointed to a senior White House advisory position.[5]

Tiffany Ariana Trump (born October 13, 1993) is Donald Trump's only child with Marla Maples. In 2016, she participated little in her father's campaign because she was studying sociology and urban studies at the University of Pennsylvania.[6] Shortly after graduating, she made a supportive speech for her father at the Republican National Convention at age 22.[7]

"Barron Trump" redirects here. It is not to be confused with Baron Trump novels.

Barron William Trump (born March 20, 2006)[8] is Trump's youngest child and his only child with Melania Trump. In May 2006, Barron Trump was baptized at the Episcopal Church of Bethesda-by-the-Sea in Palm Beach, Florida.[9][10] He attended the Columbia Grammar & Preparatory School in Manhattan. In addition to English, Barron is fluent in Slovene.[11] During his early childhood, Barron made several television appearances, including on The Apprentice and a May 16, 2006, episode of The Oprah Winfrey Show at only two months old.[12] He appeared at a campaign rally in South Carolina, and was present for his father's 2016 RNC acceptance speech, presidential victory speech,[13] and inauguration ceremony in January 2017. He also attended some of his father's subsequent events.[14]

Barron did not immediately move into the White House when his father became president, but remained at Trump Tower with his mother until the end of the 2016–2017 school year.[15] He and his mother moved to the White House on June 11, 2017. Having joined St. Andrew's Episcopal School in Potomac, Maryland, in June 2017,[16] he was scheduled to start the ninth grade there in the fall of 2020.[17]

On October 14, 2020, Melania Trump confirmed that Barron had tested positive for SARS-CoV-2, without exhibiting symptoms of COVID-19.[21]

In January 2021, Barron's mother was reportedly selecting schools for him in the Palm Beach area.[22]

Donald Trump's paternal ancestry is traceable to Bobenheim am Berg, a village in the Palatinate, Germany, in the 18th century. Johann Trump, born in Bobenheim in 1789, moved to the nearby village of Kallstadt where his grandson, Friedrich Trump, the grandfather of Donald Trump, was born in 1869.[35][36] This German heritage was long concealed by Donald Trump's father, Fred Trump, who had grown up in a mainly German-speaking environment until he was ten years old;[37] after World War II and until the 1980s, he told people he was of Swedish ancestry.[38] Donald Trump repeated this version in The Art of the Deal (1987) but later said he is "proud" of his German heritage, and served as grand marshal of the 1999 German-American Steuben Parade in New York City.[39][40] 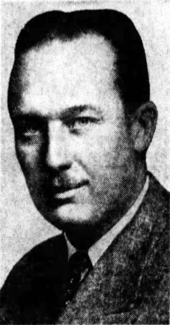 Donald Trump's father, Fred Trump (1905–1999), born in New York, was a successful real estate developer in New York City.[41][42] Using their inheritance, Fred Trump and his mother Elizabeth founded E. Trump & Son by 1927.[43] The company grew to build and manage single-family houses in Queens, barracks and garden apartments for U.S. Navy personnel near major shipyards along the East Coast, and more than 27,000 apartments in New York City.[44] Trump was investigated by a U.S. Senate committee for profiteering in 1954,[45] and again by the State of New York in 1966.[46]

Donald Trump became the president of his father's real estate business in 1971 and renamed it the Trump Organization around 1973.[47] That year, Donald and his father were sued by the U.S. Justice Department's Civil Rights Division for violating the Fair Housing Act.[48] In the mid-1970s, Donald received loans from his father exceeding $14 million (later claimed by Donald to have been only $1 million).[49] Donald served as the Trump Organization's chairman and president until assuming the office of U.S. president.[50]

In 1885, Donald Trump's grandfather, Friedrich Trump, emigrated from Kallstadt, Palatinate (then part of the Kingdom of Bavaria), to the United States at age 16. He anglicized his name to Frederick in 1892 when he became a U.S. citizen.[41] During the Klondike Gold Rush, he amassed a fortune by opening a restaurant and hotel in Bennett and later Whitehorse, serving gold seekers on their way to the region; one biographer wrote that the business included a brothel, a portrayal Donald Trump has said was "totally false".[54] Frederick Trump died in the first wave of the Spanish flu pandemic. After his death, his fortune was passed on to his wife and son.

Donald Trump's grandmother, Elizabeth Christ Trump, née Christ, was born in 1880 and died on June 6, 1966. She married Frederick Trump in 1902 and moved to the United States with him. Like her husband, she was a native of Kallstadt, born as the daughter of Philipp and Marie Christ. Philipp Christ was descended from Johannes Christ (1626–1688/9) of Flörsheim, Hesse. Elizabeth Christ Trump was a descendant of organ builder Johann Michael Hartung (1708–1763) through her paternal grandmother Sabina Christ.[55]

Maryanne Barry (born 1937) is Donald Trump's eldest sister. She was a senior federal judge on the Third Circuit Court of Appeals,[56] became inactive in 2017 after her brother took office, and retired in 2019.[57]

Elizabeth Trump Grau (born 1942) is an older sister of Donald Trump.[63] In 1989, she married film producer James Grau.[64] She worked as an administrative assistant for Chase Manhattan Bank,[64] before retiring to Florida.[65]

Robert Trump (1948–2020) was Donald Trump's younger brother.[66] He was a business executive who managed Trump Management Inc, the Trump Organization's real estate holdings outside Manhattan.[67][68] He was an investor in SHiRT LLC, one of two owners of Virginia-based CertiPathx which was awarded a $33 million government contract in 2019.[69]

Donald Trump's paternal uncle John George Trump (1907–1985) was an electrical engineer, inventor and physicist who developed rotational radiation therapy, and, together with Robert J. Van de Graaff, one of the first million-volt X-ray generators. He was a recipient of Ronald Reagan's National Medal of Science and a member of the National Academy of Engineering.

Trump's first cousin John W. Walter (1934–2018) was the son of father Fred's sister Elizabeth Trump and William Walter.[75][76] He worked for the Trump Organization for most of his life and was executive vice president of Trump Management, Inc.[77][75][78][79] He shared ownership of All County Building Supply & Maintenance Corp with Donald Trump, Maryanne Trump Barry, Elizabeth Trump Grau, and Robert Trump.[76][80] Walter also served as the mayor of Flower Hill, New York between 1988 and 1996, and as its historian from 1996 until his death in 2018.[81][82]

Donald Trump's niece Mary L. Trump is a clinical psychologist, businessperson, and author best known for a book about Donald Trump and the family, Too Much and Never Enough (2020).