Dylan Rhodes O'Brien (born August 26, 1991) is an American actor. His first major role was Stiles Stilinski on the MTV supernatural drama Teen Wolf (2011–2017), where he was a series regular during all six seasons. He achieved further prominence for his lead role of Thomas in the Maze Runner science fiction film trilogy (2014–2018), which led to further film appearances. He played real-life Deepwater Horizon explosion survivor Caleb Holloway in the disaster film Deepwater Horizon (2016), fictional counterterrorist Mitch Rapp in the action thriller American Assassin (2017), and the title character in the Transformers installment Bumblebee (2018). He also appeared as the lead in the adventure film Love and Monsters (2020).

O'Brien was born in New York City, the son of Lisa (née Rhodes), a former actress who ran an acting school, and Patrick O'Brien, a camera operator.[2][3] He grew up in Springfield Township, New Jersey, until the age of twelve, when he and his family moved to Hermosa Beach, California.[4][5][6] His father is of Irish descent, and his mother of Italian, English and Spanish descent.[7] After graduating from Mira Costa High School in 2009, he considered pursuing sports broadcasting and possibly working for the New York Mets.[8]

At 14, O'Brien began posting original videos onto his YouTube channel. In his senior high school year, a local producer and director approached him about working for a web series.[3] While working on the series, O'Brien met an actor who connected him with a manager. O'Brien subsequently changed his plans to attend Syracuse University[9] as a sports broadcasting major, to pursue acting.[10]

Before beginning his acting career, O'Brien produced, directed and starred in a number of short comedy films which he released through his personal YouTube channel.[11] He was also the drummer for the independent rock band Slow Kids at Play.[12]

O'Brien's acting break came when he landed one of the main roles in MTV's Teen Wolf, a series loosely based on the 1985 film. He was intended to play Scott, but after reading the script, he wanted to audition for the part of Stiles instead.[13] After four auditions, he was cast,[3] and started playing the role in 2010.[14]

In 2011, O'Brien was introduced to audiences in the entirely improvised independent comedy film High Road. The next year, he starred in the romantic comedy The First Time.

In March 2016, O'Brien was seriously injured on set while filming a stunt for Maze Runner: The Death Cure. He was in a harness on top of a moving vehicle when he was unexpectedly pulled off the vehicle and hit by another vehicle. His injuries included facial fractures, a concussion, and brain trauma.[18][19] He later said that the accident "'broke most of the right side'" of his face; he underwent reconstructive facial surgery.[20] After months of recovery, he eventually began filming other projects, and his March 2017 return to The Death Cure set marked his complete return to health.[21] The film premiered January 26, 2018.[21][22][23]

In 2016, he appeared in the disaster thriller-drama Deepwater Horizon, based on the 2010 Deepwater Horizon explosion. He starred in 2017's American Assassin, an action-thriller where he played titular character Mitch Rapp;[24][25] and voiced the CGI title character in the Transformers spin-off film Bumblebee in 2018.[26] 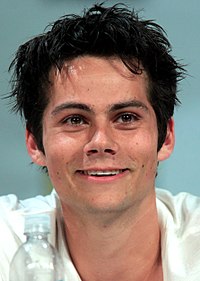