"Auld Lang Syne" (Scots pronunciation: [ˈɔːl(d) lɑŋˈsəin]: note "s" rather than "z")[1] is a popular song and poem, particularly in the English-speaking world. It is traditionally used to bid farewell to the old year at the stroke of midnight on New Year's Eve. By extension, it is also sung at funerals, graduations, and as a farewell or ending to other occasions, and many branches of the Scouting movement use it to close jamborees and other functions.[2]

The text is a Scots-language poem written by Robert Burns in 1788[3][4] but based on an older Scottish folk song. In 1799, it was set to another traditional tune, which has since become standard. "Auld Lang Syne" is listed as numbers 6294 and 13892 in the Roud Folk Song Index.

The poem's Scots title may be translated into standard English as "old long since" or, less literally, "long long ago",[5] "days gone by", or "old times". Consequently, "For auld lang syne", as it appears in the first line of the chorus, might be loosely translated as "for the sake of old times". 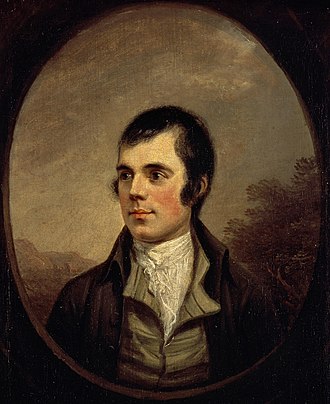 Robert Burns sent a copy of the original song to the Scots Musical Museum in 1788 with the remark, "The following song, an old song, of the olden times, and which has never been in print, nor even in manuscript until I took it down from an old man."[8] Some of the lyrics were indeed "collected" rather than composed by the poet; the ballad "Old Long Syne" printed in 1711 by James Watson shows considerable similarity in the first verse and the chorus to Burns' later poem,[6] and is almost certainly derived from the same "old song". To quote from the first stanza of the James Watson ballad:

Should Old Acquaintance be forgot,
and never thought upon;
The flames of Love extinguished,
and fully past and gone:
Is thy sweet Heart now grown so cold,
that loving Breast of thine;
That thou canst never once reflect
On old long syne.

It is a fair supposition to attribute the rest of the poem to Burns himself.[8]

There is some doubt as to whether the melody used today is the same one Burns originally intended, but it is widely used in Scotland and in the rest of the world.[4][9]

Singing the song on Hogmanay or New Year's Eve very quickly became a Scots custom that soon spread to other parts of the British Isles. As Scots (not to mention English, Welsh and Irish people) emigrated around the world, they took the song with them.

The tune to which "Auld Lang Syne" is commonly sung is a pentatonic Scots folk melody, probably originally a sprightly dance in a much quicker tempo. The song originally had another melody, which can be traced to around 1700 and was deemed "mediocre" by Robert Burns. The famous melody was first used in 1799, in the second volume of George Thomson's Select Songs of Scotland.[10]

Older versions of the original song which use other melodies have survived in isolated Scottish communities. The American folk song collector James Madison Carpenter collected a version of "Auld Lang Syne" which appears to be distantly related to the original folk song version from a man named William Still of Cuminestown, Aberdeenshire in the early 1930s. William Still can be heard singing the song on the Vaughan Williams Memorial Library website.[11]

The song begins by posing a rhetorical question: Is it right that old times be forgotten? The answer is generally interpreted as a call to remember long-standing friendships.[10] Alternatively, "Should" may be understood to mean "in the event that" (expressing the conditional mood) referring to a possible event or situation.

George Thomson's Select Songs of Scotland was published in 1799 in which the second verse about greeting and toasting was moved to its present position at the end.[10]

Most common usage of the song involves only the first verse and the chorus. The last lines of both of these are often sung with the extra words "For the sake of" or "And days of", rather than Burns' simpler lines. This allows one note for each word, rather than the slight melisma required to fit Burns' original words to the melody.

The "singable" English version given here keeps the Scots phrase "auld lang syne" rather than translating it as "long long ago" or something like that — see the third paragraph of this article for a full explanation of this phrase.

Settings and quotations of the melody 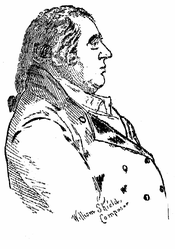 English composer William Shield seems to quote the "Auld Lang Syne" melody briefly at the end of the overture to his opera Rosina (1782), which may be its first recorded use. The contention that Burns borrowed the melody from Shield is for various reasons highly unlikely, although they may very well both have taken it from a common source, possibly a strathspey called "The Miller's Wedding" or "The Miller's Daughter".[13] The problem is that tunes based on the same set of dance steps necessarily have a similar rhythm, and even a superficial resemblance in melodic shape may cause a very strong apparent similarity in the tune as a whole. For instance, Burns' poem "Comin' Thro' the Rye" is sung to a tune that might also be based on the "Miller's Wedding". The origin of the tune of "God Save the Queen" presents a very similar problem and for just the same reason, as it is also based on a dance measure.[14] (See the note in the William Shield article on this subject.)

In 1792, the renowned Austrian composer Joseph Haydn arranged Auld Lang Syne as one of over 400 Scottish folk song arrangements commissioned by George Thomson and the publishers William Napier and William Whyte;[15] his arrangement may have helped popularise the song.[16] Ludwig van Beethoven then wrote an arrangement of Auld Lang Syne (WoO 156/11) published as part of his 12 Scottish Folksongs (1814). Both of these classical versions used the original brisk strathspey rhythm.

In 1855, different words were written for the Auld Lang Syne tune by Albert Laighton and titled, "Song of the Old Folks". This song was included in the tunebook, Father Kemp's Old Folks Concert Tunes published in Boston, Massachusetts, in 1860.[17] For many years it was the tradition of the Stoughton Musical Society to sing this version in memory of those who had died that year.

Songwriter George M. Cohan quotes the first line of the "Auld Lang Syne" melody in the second to last line of the chorus of “You're a Grand Old Flag”. It is plain from the lyrics that this is deliberate; the melody is identical except the first syllable of the word "forgot".

John Philip Sousa quotes the melody in the Trio section of his 1924 march "Ancient and Honorable Artillery Company".

English composer of light music Ernest Tomlinson wrote a Fantasia on Auld Lang Syne (1976), which in its 20 minutes weaves in 152 quotations from pieces by other popular and classical composers.[18]

In the Sacred Harp choral tradition, an arrangement of it exists under the name "Plenary". The lyrics are a memento mori and begin with the words "Hark! from the tomb a doleful sound". Another Christian setting, using the name "Fair Haven" for the same tune, uses the text "Hail! Sweetest, Dearest Tie That Binds" by Amos Sutton.[19] The melody can also be used to sing "All Glory be to Christ",[20] (Lyrics by Dustin Kensrue as performed by the group Kings Kaleidoscope). In a similar vein, in 1999 Cliff Richard released a setting of the Lord's prayer (as "The Millennium Prayer") to the familiar melody.[21]

The University of Virginia's alma mater ("The Good Old Song") is sung to the tune of "Auld Lang Syne".

British soldiers in World War I trenches sang "We're Here Because We're Here" to the tune of "Auld Lang Syne".[22]

This tune was used briefly in the 1930 Mickey Mouse cartoon The Chain Gang.[23]

Since 2007, the melody has been used as an introduction to the mass chorus of "America the Beautiful" that is played by the twelve finalist corps at the Finals Retreat at the Drum Corps International World Championships. "Auld Lang Syne" and "America the Beautiful" have the same (very common) metre, so that the lyrics can be sung interchangeably.

"Auld Lang Syne" is traditionally sung at the conclusion of New Year gatherings in Scotland and around the world, especially in English-speaking countries.

At Hogmanay in Scotland, it is common practice that everyone joins hands with the person next to them to form a great circle around the dance floor. At the beginning of the last verse, everyone crosses their arms across their breast, so that the right hand reaches out to the neighbour on the left and vice versa.[24][25] When the tune ends, everyone rushes to the middle, while still holding hands. When the circle is re-established, everyone turns under the arms to end up facing outwards with hands still joined.

In countries other than Scotland the hands are often crossed from the beginning of the song at variance with Scottish custom. The Scottish practice was demonstrated by Queen Elizabeth II at the Millennium Dome celebrations for the year 2000. Some press outlets berated her for not "properly" crossing her arms, unaware that she was correctly following the Scottish tradition.[26][27]

Other than New Year

As well as celebrating the New Year, "Auld Lang Syne" is very widely used to symbolise other "endings/new beginnings" – including farewells, funerals (and other memorials of the dead), graduations, the end of a (non-New Year) party, jamborees of the Scout Movement, the election of a new government, the last lowering of the Union Jack as a British colony achieves independence[28] and even as a signal that a retail store is about to close for the day. The melody is also widely used for other words, especially hymns, the songs of sporting and other clubs, and even national anthems such as that of South Korea in the 1940s. In Scotland and other parts of Britain, in particular, it is associated with celebrations and memorials of Robert Burns. The following list of specific uses is far from comprehensive.[29][30][2]

In the English-speaking world

"Auld Lang Syne" has been translated into many languages, and the song is widely sung all over the world. The song's pentatonic scale matches scales used in Korea, Japan, India, China and other East Asian countries, which has facilitated its "nationalisation" in the East. The following particular examples mostly detail things that are special or unusual about the use of the song in a particular country.

The strong and obvious associations of the song and its melody have made it a common staple for film soundtracks from the very early days of "talking" pictures to the present—a large number of films and television series' episodes having used it for background, generally but by no means exclusively to evoke the New Year. 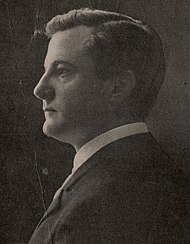 The first recording of the song was made on wax cylinder in 1898 by the Englishmen Charles Samuel Myers and Alfred Cort Hadden, who sang it in a demonstration of the new technology whilst on an expedition to record Aboriginal Australian music with figures including Charles Seligman, W. H. R Rivers and Sidney Herbert Ray. The original 1898 recording can be heard online via the British Library Sound Archive website.[35]

The first commercial recording was probably that of Frank C Stanley, who recorded the song in 1907. (This recording can be heard above)

As a standard in music, "Auld Lang Syne" has since been recorded many times, in every conceivable style, by many artists, both well-known and obscure.