The final will be played at the Ramón Sánchez Pizjuán in Seville, Spain. It was originally scheduled to be played at the Puskás Aréna in Budapest, Hungary.[1] However, due to the postponement and relocation of the 2020 final, the final hosts were shifted back a year, with Budapest instead hosting the 2023 final.[2] The winners of the tournament will automatically qualify for the 2022–23 UEFA Champions League group stage, and also earn the right to play against the winners of the 2021–22 UEFA Champions League in the 2022 UEFA Super Cup.

This season is the first since 1998–99 (the last season when the UEFA Cup Winners' Cup was played) where three major European club competitions (UEFA Champions League, UEFA Europa League, and the newly-created UEFA Europa Conference League) take place, and the first outright where the Europa League (then the UEFA Cup) is the secondary competition of the three. As a result, major changes to the format of the Europa League were made. The number of teams in the group stage are reduced from 48 to 32 teams, and the number of teams participating in qualifying are also reduced significantly. The first round of the knockout phase also now involves only the group stage runners-up and the Champions League third-placed teams, with the group winners directly advancing to the round of 16.[3]

On 24 June 2021, UEFA approved the proposal to abolish the away goals rule in all UEFA club competitions, which had been used since 1965. Therefore, if in a two-legged tie, two teams score the same number of aggregate goals, the winner of tie will not be decided by the number of away goals scored by each team, but always by 30 minutes of extra time, and if the two teams score the same number of goals in extra time, the winner will be decided by a penalty shoot-out.[4]

A total of 58 teams from between 31 and 36 of the 55 UEFA member associations are expected to participate in the 2021–22 UEFA Europa League. Among them, 16 associations have teams directly qualifying for the Europa League, while for the other 39 associations that do not have any teams directly qualifying, between 15 and 20 of them may have teams playing after being transferred from the Champions League (the only member association which cannot have a participant is Liechtenstein, which does not organise a domestic league, and can only enter their cup winner into the Europa Conference League given their association ranking). The association ranking based on the UEFA country coefficients is used to determine the number of participating teams for each association:[5]

For the 2021–22 UEFA Europa League, the associations are allocated places according to their 2020 UEFA country coefficients, which takes into account their performance in European competitions from 2015–16 to 2019–20.[6]

Apart from the allocation based on the country coefficients, associations may have additional teams participating in the Europa League, as noted below:

The labels in the parentheses show how each team qualified for the place of its starting round:

The third qualifying round is divided into Champions Path (CH) and Main Path (MP).

The schedule of the competition is as follows.[9] Matches are scheduled for Thursdays apart from the final, which takes place on a Wednesday, though exceptionally can take place on Tuesdays or Wednesdays due to scheduling conflicts. Scheduled kick-off times starting from the group stage are 18:45 (instead of 18:55 previously) and 21:00 CEST/CET, though exceptionally can take place at 16:30 due to geographical reasons.[10] 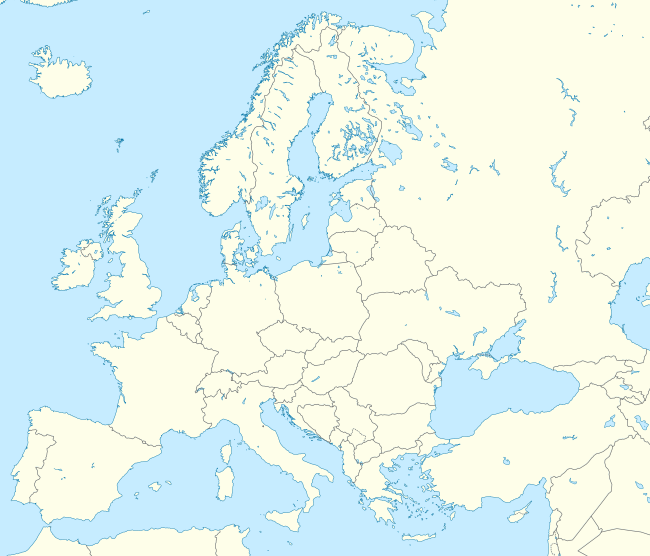 The draw for the group stage was held on 27 August 2021, 12:00 CEST (13:00 TRT), in Istanbul, Turkey.[11][14] The 32 teams were drawn into eight groups of four. For the draw, the teams were seeded into four pots, each of eight teams, based on their 2021 UEFA club coefficients.[8] Teams from the same association could not be drawn into the same group. Prior to the draw, UEFA formed pairings of teams from the same association, including those playing in the Europa Conference League group stage (one pairing for associations with two or three teams, two pairings for associations with four or five teams), based on television audiences, where one team was drawn into Groups A–D and another team was drawn into Groups E–H, so that the two teams would have different kick-off times.[15]

The matches will be played on 15–16 September, 30 September, 19–21 October, 4 November, 24–25 November, and 9 December 2021. The winners of each group will advance to the round of 16, while the runners-up will advance to the knockout round play-offs. The third-placed teams will be transferred to the Europa Conference League knockout round play-offs, while the fourth-placed teams will be eliminated from European competitions for the season.

Brøndby and West Ham United will make their debut appearances in the Europa League group stage (although Brøndby had previously appeared in the UEFA Cup group stage).