The 72nd Primetime Emmy Awards honored the best in U.S. prime time television programming from June 1, 2019, until May 31, 2020, as chosen by the Academy of Television Arts & Sciences. The ceremony was originally to be held at Microsoft Theater in Los Angeles, but due to the COVID-19 pandemic, it was instead held at the Staples Center, while winners gave speeches virtually from their homes. The ceremony was held on September 20, 2020,[2] and broadcast in the U.S. by ABC. It was preceded by the 72nd Primetime Creative Arts Emmy Awards on September 14, 15, 16, 17, and 19.[3][4] The ceremony was hosted by Jimmy Kimmel.[5]

The nominations were announced on July 28, 2020, by Leslie Jones, Laverne Cox, Josh Gad, and Tatiana Maslany.[6][7] Watchmen led the nominations with eleven, followed by Succession with ten and Ozark with nine.[8]

Winners are listed first and highlighted in bold:[13][b] 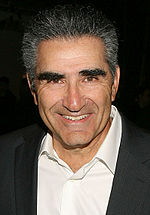 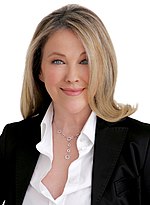 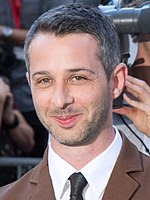 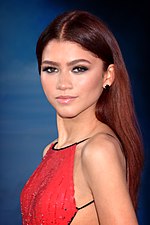 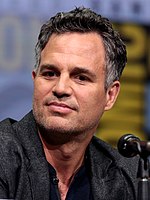 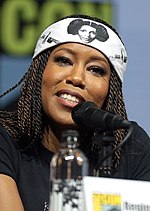 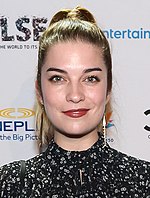 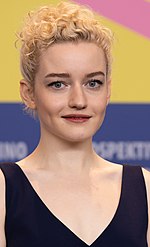 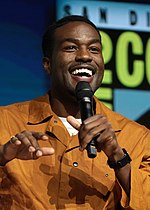 Programs that received multiple major[c] nominations are listed below, by number of nominations per work and per network:

On July 29, 2020, amid the ongoing COVID-19 pandemic, it was announced that the ceremony will be held in a remote format, rather than take place at the Microsoft Theater in Los Angeles, as originally planned.[16] While host Jimmy Kimmel presented the ceremony from nearby Staples Center, no in-person festivities (such as a red carpet or audience) at the venue took place.[17] Celebrity guests still made on-stage appearances, including Jennifer Aniston and Anthony Anderson.[18]

The broadcast used live feeds from each nominee (with television series being represented by one of their producers); to maintain a high-quality presentation, the use of video-conferencing was avoided, with producers sending "professional" cameras to each nominee's location, as well as an operator, if they so chose. Co-executive producer Reginald Hudlin stated that they wanted to maintain a live broadcast, while his partner Ian Stewart (of Done and Dusted) argued that "we're not trying to make the Zoomies, we're trying to make the Emmys".[17] Staples Center was chosen as venue to ensure that appropriate social distancing could be practiced among crew members, and because it could support the infrastructure needed for the large number of remote feeds that would be used (estimated to be around 140).[17]

A number of comedy gags acknowledged the pandemic and the format of the ceremony: Kimmel's monologue featured a laugh track and footage of audience reactions from past Emmy ceremonies. After using a clip that featured Kimmel as an audience member, he revealed the empty arena and seats with cardboard cut-outs of nominees — save for Jason Bateman.[19][20] Kimmel was also seen disinfecting the envelope for Outstanding Lead Actress in a Comedy Series with Lysol spray; after Aniston commented that it was "a little extreme", Kimmel proceeded to throw it in a trash can and set it on fire instead.[21][18] Some awards were delivered to winners via presenters in themed Hazmat suits designed to look like formalwear.[22]

The ceremony was watched by 6.1 million viewers in the United States, making it the least-watched Emmys telecast in history, and marking a 12% decline in viewership from the previous year.[1]

Before the In Memoriam montage, Kimmel paid tribute to United States Supreme Court Justice Ruth Bader Ginsburg, who died two days before the ceremony.[26] A speech recorded by Boseman, who died on August 28, 2020, was played at the end of the montage.[27] The performance by H.E.R. began as a slow piano rendition before she added electric guitar.[28]

Following the nomination announcement, the academy was criticized for its lack of transgender nominees. Affiliates of the FX drama Pose, which is set in New York's queer ballroom scene, criticized the Academy for nominating Billy Porter,[29] but excluding its many transgender stars from the acting categories in addition to series writers Janet Mock and Our Lady J.[30][31] There was similar criticism from affiliates of the HBO series Euphoria, many of whom believed that transgender actress Hunter Schafer was worthy of a nomination for her performance in the series. Both series were notably missing from the Outstanding Drama Series category, a decision that was heavily criticized.[32] Zendaya was nominated for her lead role on this show, and later won.[33][34]

Further criticism came from Latinos, with no major nominations for Latin performers despite the Emmys publicizing their improved diversity in 2020. While there was a record number of Black nominees, there was only one individual Latin nomination. Hispanic and Latino representation groups said the greater diversity referred only to more African American nominees.[35][36] When the LA Times reported the criticism using the term "Black", it was itself criticized for erasing Afro-Latinos, a discussion that then prompted more investigation into this under-represented minority ethnic group in Hollywood.[37] John Leguizamo boycotted the Emmys because of its lack of Latin nominees.[38] Members of the Pose team again criticized the fact that their show's trans Afro-Latina actor Mj Rodriguez was not nominated, with Porter suggesting that because of Rodriguez's diverse background the Television Academy "don't know how to adjudicate the performance" and so simply exclude it.[39][40]

The Emmys also faced criticism from the Asian American community as well, the criticism was leveled because Asian Americans only made up 1% of the nominees which is abysmally low despite increased representation.[41] Mindy Kaling, the creator of Never Have I Ever, criticized the Emmys for not nominating the series for any Emmy categories despite the series being a major success, with Kaling suggesting that the series didn't get nominated by the Television Academy because of its ethnic diversity and especially for possessing a South Asian character as the series lead saying "sometimes a show like ours will always seem ethnic or niche to a certain group of people."[42]